This definitive guide to Rapid Application Development for 2022 will teach you everything there’s to learn about the fundamentals of RAD.

The Rapid Application Development model, sometimes known as RAD, is an adaptive approach to software development built on rapid feedback and prototyping with less emphasis on detailed planning. The RAD model differs from Waterfall and Agile methods in that it allows for rapid prototyping of software applications, resulting in a shorter development cycle than is possible with the other two models. In this post, we'll explore what exactly the RAD method entails, how it differs from the other two major approaches to application development, and when you should use it for your next project.

What Is Rapid Application Development (RAD)?

Rapid Application Development (RAD) is a software development methodology that aims to reduce the time and cost required to develop a new application. The goal of RAD is to help developers create functional applications quickly, with limited or no up-front design work. In some cases, this is accomplished without writing code at all!

The RAD approach is not without its critics. Some say it takes too much control away from developers, who may be better suited to architect an application than a business analyst. Others worry that RAD applications tend to lack long-term maintainability and scalability.

A popular approach to application development, RAD, can be used for various purposes. For example, RAD may be employed when developing a prototype or proof-of-concept application that doesn’t need production quality. It can also be useful for rapid prototyping, allowing developers to create working prototypes quickly and then use them as models for future development efforts.

RAD is often considered a design approach, but it can also be used as an implementation strategy. RAD applications are designed to be highly configurable and customizable, which allows them to be tailored to specific uses in different environments. This is especially helpful when building applications that will be deployed across multiple sites or organizations.

RAD applications are highly configurable and customizable, which allows them to be tailored to specific uses in different environments. This is especially helpful when building applications that will be deployed across multiple sites or organizations. RAD is typically implemented using software design tools and prototyping environments that allow developers to create working prototypes quickly. These prototypes can then be used as models for future development efforts.

Applications built via RAD are highly configurable and customizable, which allows them to be tailored to specific uses in different environments. This is especially helpful when building applications that will be deployed across multiple sites or organizations. These prototypes can then be used as models for future development efforts.

The agile model is based on the principle of constant collaboration and feedback. It allows for continuous improvement throughout the development process.

Agile development: The agile method is a highly collaborative approach to software development. It focuses on delivering working software in short cycles, called iterations or sprints. Each iteration is an opportunity to review progress and make changes before moving on to the next step.

Agile development is a specific set of principles and practices that emphasize rapid feedback and continuous improvement. It’s a popular approach for developing software applications, but it can also be applied to many other areas.

The Agile methodology focuses on delivering working software in short cycles, called iterations or sprints. Each iteration is an opportunity to review progress and make changes before moving on to the next step. A key principle of agile development is that it’s important to deliver value at regular intervals throughout the project cycle—not just at the end. This approach encourages iteration over documentation and gives developers the freedom to experiment with different solutions as they work toward a common goal.

This is only a brief overview of what's involved in developing an application, but it should give you an idea of each phase and the order in which they occur.

Now that we’ve got the basics out of the way let’s take a look at some of the most popular development languages and frameworks.

Advantages and Disadvantages of RAD

One of the most important advantages of using RAD tools is that it enables users to develop complex applications in a much shorter time. This can be particularly beneficial for small and medium businesses, as it allows them to get their products to market faster than larger organizations. Another significant benefit of RAD is that it can help companies reduce costs by lowering the overall amount spent on software development and maintenance.

Another advantage of RAD tools is that they are very flexible and can be used to develop a wide range of applications. This is particularly useful for companies that want to create products that will be sold in different markets around the world. RAD tools can also help companies increase their productivity. They allow developers to create applications more quickly, which means that they can spend less time on the development process and more on other tasks. In addition, RAD tools are often easier to use than other types of software programs, which means that even non-technical users can get started right away.

A number of disadvantages come along with RAD, however. One issue is that many business owners may not want to give up control over how their applications are built or developed for fear of losing valuable intellectual property (IP) rights.

In addition, some developers might find themselves overwhelmed by all the options that come with these platforms. If you're new to coding or simply unfamiliar with certain technologies, then having so many choices at your disposal could make things more difficult.

Another potential problem with RAD is that it can be difficult to integrate the software you create with existing systems and services. In other words, if you want to use your custom application within an existing platform (such as Salesforce), then it may not always be possible to do so without much extra work.

A final issue with RAD is that it can be hard to maintain once the application has been built and deployed. This is because these platforms are often designed in such a way that they don't require much input from their users after the initial setup period has passed; they're essentially set-it-and-forget-it tools.

This means that if you want to make any changes or updates to the software, then you may have to do so manually. You'll also need to maintain a high level of technical expertise in order for these programs to work properly.

So, if you want to build a custom application that is both functional and scalable, then RAD may not be the best choice for your needs. Instead, consider using another type of software development method, such as Agile or Waterfall.

In the end, RAD is a good option for many companies because it allows them to get their software in place quickly and easily. However, if you want something that will last over time, other development methods may be better suited for your needs.

When to use RAD?

When should you use RAD?

The following scenarios are also good for RAD:

Rapid Application Development (RAD) is a software development methodology that focuses on fast, efficient application creation. This method applies to both business and consumer needs and can be used to create mobile apps, web interfaces, and desktop applications alike. By using RAD with ZORP (no-code platform), you can create prototypes quickly and efficiently without having to write any code. Because ZORP removes the need for coding during the prototype phase of your project lifecycle, you will be able to spend more time planning out ideas before presenting them in an actual prototype form.

This is especially helpful if you are a novice programmer or do not have access to software development resources. With ZORP, you can create prototypes that are pixel-perfect and ready for review. This means you can share your ideas with clients and stakeholders without worrying about the functionality of the product.

This no-code platform allows business owners and entrepreneurs to create prototypes quickly and efficiently. It is ideal for those who are unfamiliar with coding or do not have access to software development resources. With ZORP, you can create pixel-perfect prototypes that are ready for review. You can share your ideas with clients and stakeholders without worrying about the functionality of your product or application.

The Rapid Application Development (RAD model) is a flexible approach to software development that is suited for many different types of projects. It can be used to develop both business applications and web applications with ease. The RAD model has been around since the 1980s but has recently gained popularity due to the rise of agile software development methodologies such as Scrum and Kanban boards. If you’re looking for an alternative way to build your next app or website, then RAD may be right for you! Check out ZORP to understand how no-code, cost-effective, efficient, and versatile app development happens. You don’t require a highly proficient developer or a huge budget; a novel, problem-solving approach will do. 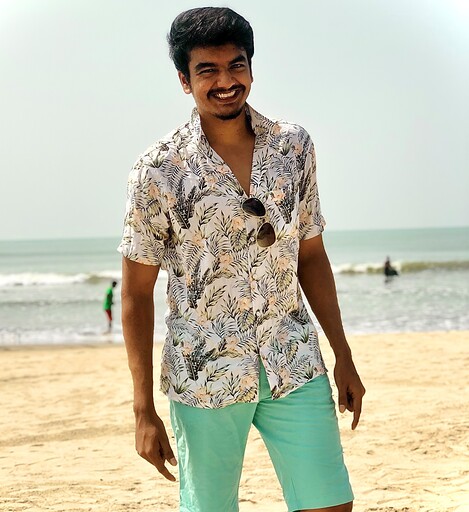 Data and Operations are my forte.